Can EFT Setup Statements Be Positive? 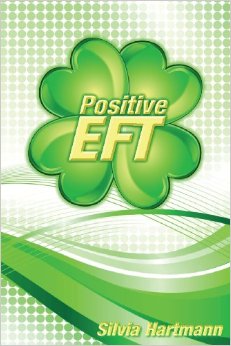 EFT practitioner AnaMaria Hererra shares her thoughts on creating positive EFT Setup Statements. To make your positive Setup Statements effective, you still need to be specific about the problem holding you back and affirm that you accept yourself as you are.

One of the most frequently asked questions I receive is “Should I add positive statements during an EFT session?” Whether the person asking is an EFT practitioner or someone using Emotional Freedom Techniques for their own use, it is clear that people enjoy and want to use positive statements when using EFT.

Why? We all know EFT works on the negative. Specifically, during EFT we must:

– Verbally and mentally recall it while tapping and therefore “tune in” to the emotional disturbance or charge.

– Do EFT until the issue, habit, challenge, condition is neutralized.

Then if EFT works on the negative and, when properly done, addresses and eliminates the condition or challenge, why shouldn’t we just state the positive instead? Is there even a benefit to do so if “the traditional way’ is so effective?

I believe there is tremendous benefit in stating EFT statements in the positive.

Here are three main reasons why people have the desire to say the positive (I call them Empowerment Statements) and why it is so beneficial.

1. People Are Fed Up with Being Negative

Have you ever listened in on people’s conversations? In most dialogues, people are talking about what they don’t want, what they don’t like and what they deem as unsatisfying or wrong in their life and in the world. It’s a learned habit to talk about the negative and undesirable.

But it isn’t just the talk between girlfriends enjoying their lattes at a street cafe. Many of my past patients, current clients and friends that have gone to traditional talk therapy have told me over the years, “I’m sick of talking about my problems, the past, my mother, etc. I feel wiped out after hearing or talking about the problems I still have. I am so tired of beating pillows!” (Whether they are talking about actual or proverbial pillows!)

Those wanting to evolve into a new awareness and a higher level of consciousness are ready to think, speak and be more positive and self-empowered. More and more people want to move into an empowered state rather than live from a victimized, helpless state. And we all know for this to happen, our very language must change to facilitate this shift from the negative and dis-empowered to positive, empowered speech.

Over the last few decades, teachers such as Louise Hay and Deepak Chopra, teach how crucial it is to change the way we think if we want to attract and create what we want in our lives. As Wayne Dyer said, “If you change the way you look at things, the things you look at change.”

Of course, this is not ground breaking news! Luminaries, saints and sages from all cultures and spiritualities have beckoned us to pay attention to our thoughts and words. These beings have known that thoughts create a feeling, a feeling creates a vibration and that vibration (whether negative or positive) is being responded to by the world around us and return to us in like kind.

So, it’s cool to be positive. Truth be told, it always has been. Not only that, it’s incredibly powerful. And more people are catching on to the realization they are co-creators in their world. And to be a deliberate co-creator of what we desire in our lives implies that who we are, what we do and what we say are all in alignment.

Many practitioners will report that clients will tell them during EFT sessions:

Can you repeat what you said?

They are often commenting specifically on the impact of positive statements. I have noticed that specific words and grouping of words are specifically powerful, and call them Empowerment Statements.

Even though [problem] I have decided …

Even though [problem] I give myself permission …

Even thought [problem] I am ready to let this go …

Even though [problem] I am choosing to …

Even though [problem] I’m allowing myself to …

These feel incredibly good to the person tapping. It’s as if a heavy fog is lifting and we are saying with our clients, “Look, the clouds are breaking in the sky! Here comes the sun!” The person feels hope, optimism and a sense of possibility. And feelings drive our behavior, and positive feelings can a great motivator for great change in any area that we are seeking to improve.

So if you aren’t doing it already, begin to incorporate positive EFT Setup statements during tapping and feel the difference it brings to your energy and outlook.