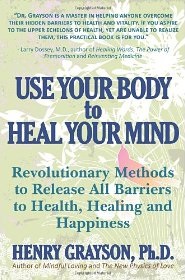 Here EFT Master Paul Lynch used EFt to work through a huge number of layers with a client, and you will see how he persists. These problems weren’t laid down in a day, yet you can sometimes address decades of suffering with a few hours of EFT.

Kicking off the New Year is always a challenge, and in January 2005 I embarked on what has turned out to be the definitive test of my EFT skills. Although I’d already been practising for seven years, I was still constantly surprised at it’s strength and versatility, every bit of which I needed to negotiate my way through the multifarious filaments of a convoluted web of fear …

I can’t get my hair cut!

This seemingly innocuous statement introduced me to Jenny, a very down to earth lady that I pretty much warmed to immediately.

At first, she didn’t list the issues that she wanted to address. The specific events to be tapped for would come out during consultations, via throwaway comments like “I’m a replacement child” and “I’m always on red alert…I can see the danger in everything”. They’d come up thick and fast and without warning. Invariably, each comment would be a doorway into a problem with many other doorways into more problems – all of which had multiple aspects.

If I had known when we started out on our journey together just how many compounded issues there were, I would have probably run screaming for the hills. The ‘to do’ list grew with every session and we were swamped with choice about which one to tackle next. It was a bit like Mickey Mouse in Fantasia, trying to control the advancing buckets and mops.

It soon became clear that the best way of getting to grips with this would be to deal with the issues prevailing at the time of each telephone session. Once we’d got those out of the way, we would then be free to work on the long-standing problems.

At the heart of it all, and by far the most pressing problem, is Jenny’s unusual form of agoraphobia. This manifests in many, many aspects; a fear of driving on the motorway, fear of heights and holes, being sick, being ill, being alone, pushing herself beyond her mental and physical limits. Fear of failure, fear of being seen to be weak. She’s been juggling all of these fears for years.

Refusing to be housebound, with a demanding job and under constant pressure to be seen to be living a ‘normal’ life, she’d pushed herself often beyond her own physical and mental capabilities. Various health problems including an under active thyroid mean she’s often very tired — here’s another snowball; constant exhaustion, lack of exercise, weight gain. The fears and trauma keep coming and it’s sometimes difficult to see where one ends and another begins.

As with many suppressed and compounded traumas, we found ourselves peeling away the layers at first. Initial relief on issues was often temporary. We’d take the top off the iceberg only to see more ice float to the surface.

Using the Tearless Trauma Technique would take the emotion down gradually. We often had to reason with the sometimes stubborn psychological reversal. I was a hostage negotiator to Jenny’s darkest fears. Using reframes offered positive perspectives to otherwise negative specific events.

When we future paced at the end of sessions, all appeared to be fine. But in  following sessions there would appear to be no change. It took a while for me to notice that a regular pattern of negativity; feeling drained and low, sometimes cast a shadow over everything, including the issues that we had worked on. In essence, the gloom sometimes caused an inaccurate re-assessment of the changes that had taken place.

Jenny’s pervasive fear of letting go permeates everything – the promise of protection at the cost of personal freedom the ultimate price to pay. It really seemed to be a balancing act at times. More often than not, the scales were weighed down with fear and loathing. Then we’d get a break, and the weighty issues that we’d taken off during a session would rebalance in favour of a more positive outlook.

It takes patience and persistence to tackle over 50 years of conditioning. Also – and this is a challenge unique to Jenny – learning to sort the emotionally- charged phrases from the red herring statements is a skill that I am still acquiring. We are doing the best we can, but we have to accept that we are both in it for the long haul.

Today we’re on a much more even keel. Having got much of the panic out of the way, she is much more confident about tapping on her own as different aspects come up. Our sessions are still challenging, but because we are able to structure them more now, we find we’re getting much better results by being able to stick to the point.

Working with Jenny has helped me mature as an EFT therapist. In the early days I tended to be evangelistic about the possibilities of EFT. Today, Jenny’s case and others like it have made me respect the healing process much more. You can’t hurry it and you need patience to allow people to do it at their own pace. I’m there to provide a reassuring hand.

I have great deal of respect for survivors of trauma and the utmost respect for people that have come through many traumas that, taken individually, would make most recoil. I feel privileged being able to accompany Jenny on her journey.  We have come a long way together, and still have many challenges ahead. But thanks to EFT, arrival at the destination is assured.

My name is Jenny. I’m an almost-agoraphobic with a mind like Sears on a sale day. Buzzing, overcrowded and undisciplined just about sums it up. But right from the first session with Paul, I had this big ‘Aha’ moment. Here was someone who could really help me. EFT is a wonderful therapy, but in the hands of a Master, it’s magic.

Mine hasn’t been a straightforward story. As Paul often says, I’ve had a long and interesting life. I was born in tragic circumstances; my mother was taken to hospital straight after my birth, and I didn’t see her for three months. My early life was lived in the shadow of a dead brother. I was abused by a man I later found out was my biological father, who in all probability raped my mother. I was ridiculed at school and bullied at work.

All my life I’ve been dogged by ill health. It would be an understatement to say that I never, ever felt comfortable with who I was. I wasn’t even sure of who I should — or could – be.

I’m English, and the English keep a stiff upper lip in all circumstances. It doesn’t do to show your emotions; people expect you to get on with your life and bury bad feelings. To children like me, born just after the second world war, it’s ingrained. It was unthinkable to talk to anyone about how I was feeling — I just couldn’t bring myself to do it. By the time I plucked up courage to make an appointment with Paul, I was drowning in a dam full of unacknowledged emotion, just waiting to burst.

Too timid to let Paul know the true extent of my misery, I booked the first session to deal with a persistent fear of going to the hairdresser. This fear had been part of my life for fifteen years. Each visit was a nightmare and I was often too scared to go at all. It was only at the sheepdog stage that I would pluck up the courage to go, and then spend the whole time sitting on my hands to keep the panic down.

As we started to work together and Paul prised open the floodgates enabling me to see just how powerful EFT can be, it was difficult to choose which issue to work on first. Sometimes they all competed for space like pop-ups on a Hotmail screen. We’d get going on one issue, and then another would hit me right in the face. I’d get really upset, and we’d have to deal with it there and then. Poor Paul, he spent  lot of the time firefighting just to keep me afloat.

But, despite overwhelming odds,  Paul persisted and out of all this has come a new, calmer me. I can have ordered thoughts. I can acknowledge my own feelings and beat the agoraphobia that’s blighted me for years. I can do things now I would never have dreamed possible two years ago. I even enjoy going to the hairdresser. Paul tells me he’s used every EFT technique there is, in one way or another. I believe him. It must have been one of the greatest challenges he’s ever faced — it certainly has been for me.

Well on the Way

Now, it’s all settled down to the stage where we can take one issue at a time, in a disciplined way. I trust Paul. I feel safe with him. I’ve never met him, and wonder if I ever will. Our sessions can be harrowing, hard work … and fun.

From Paul, I’ve learned to be patient, to take each issue step by step. The one thing about him is, he really listens to what you’re saying. That’s never happened to me before, and I never realised just how important it is.

Trying to tap on my own has been a real challenge, but I’ve put Paul’s listening lessons to good use. After so many years spent ignoring my inner voice, I am now giving it the attention and respect it deserves. That’s an immeasurable benefit. We’ve still got a long way to go together, but I have complete faith that we will achieve what we set out to do.

The French have a saying ‘to feel good in your skin’. Paul’s well on the way to helping me achieve that. I can’t thank him enough.