Sneaking Away from the Problem in EFT 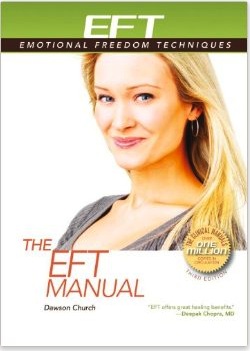 Sneaking Away from the Problem is a technique for concluding an EFT session when it is apparent that the work is incomplete.

One of the problematic issues in psychotherapy sessions is that a client is often feeling upset at the end of the appointment.

A session might uncover major issues, but when the hour is at an end, they have not been resolved.

One client said, “The end of some of my sessions with therapy are like being on the operating table getting open heart surgery. Suddenly, the surgeon looks at his watch and says, ‘Oops, time for the next patient. Sorry there wasn’t time to finish the operation. We’ll sew you up and get back to you later.’ I feel like I’m bleeding on the gurney. I leave my therapist’s office crying, confused, upset, unable to function for hours afterwards.”

Sneaking Away from the Problem is a method of using EFT to name and describe this problem in such a matter that a client’s process is honored, and affirming that there will be time later on to address the problem fully. Tapping and using Sneaking Away form the Problem gives a client a sense of completion.

Examples of Sneaking Away from the Problem affirmations are:

Even though I still feel terrible, there will be time to work on this later.

Even though I’ve just started to get in touch with this issue, I’ll be fine.

We’ll put the problem back in the box, behind the movie curtain, until next session.

Even though I didn’t solve all of this problem today, there’s time in the future.

There’s plenty of time for me to heal. I don’t have to do it all today.

This problem has been here for a long time, and what I’ve done today is enough.

I don’t have to demand from myself that I heal fully today.

I can put this away and pick it up next time.

There’s always time and space for me to work on this.

Even though I’m really triggered right now, I can manage until next time.

In my experience, affirmations of Sneaking Away from the Problem are enormously comforting to the client. Tapping and saying statements like this usually rapidly reduce SUD Levels of intensity.

Occasionally in practice sessions in EFT Workshops, when i am observing participants working with each other, time for the exercise will be up, but one person will still have a SUD Level of 10. Sneaking Away from the Problem quickly reduces that SUD Level to a 1 or 2, after which the participant can go on with the learning process of the EFT Workshop.

Sneaking Away from the Problem can also be used to address the “doorknob effect” in which a client recalls a painful event when he or she is about to leave the session. This may reflect two contradictory urges present simultaneously in the client’s awareness.

One urge is to bring the issue to light by discussing it with the therapist. The second urge is to not discuss it because it is so traumatic. Unconsciously, the client resolves this dilemma by surfacing the issue during a time when it is impossible to process through to resolution.

Sneaking Away from the Problem can be used to sidestep the dilemma with which the client has presented the therapist.

Tapping on a phrase such as,

Even though there’s no time to address this now, i am safe until our next session, and we can talk about it then.

honors both of the mutually exclusive voice competing for the client’s attention.

Excerpt from The EFT Manual, by Dawson Church
Pages 200-202