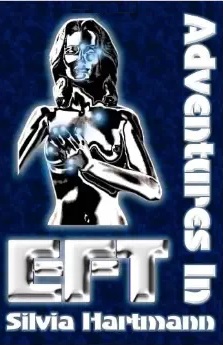 German-born researcher and author Dr. Silvia Hartmann examines the EFT phenomenon known as the Apex Effect, wherein EFT users discount that it was the EFT tapping that produced the positive effects they experienced after tapping on a given issue.

EFT users may encounter the Apex Effect when they lose their fear, pain, or whatever the symptom was during an EFT tapping session, usually entirely, but will not credit the effect to emotional freedom techniques itself. They will search for other explanations like: “You’ve just distracted me,” “It’s hypnosis,” or as one particular lady you might remember from my book, Adventures In EFT said to me, “I lost my severe neck-ache because you made me laugh”.

At the high end of the Apex Effect, the EFT user might not even remember that they ever had the problem at all, which is a most disconcerting thing.

One minute, they are climbing the walls at the very mention of the word “spider,” and 10 minutes later, they will insist that it was never a problem in the first place.

One of the problems with the Apex Effect is that a person who is affected will not go and tell everyone about EFT.

I say that’s a problem because something that is excellent and really works so well, is so useful, helpful, and easy to acquire usually grows mostly by word of mouth, one delighted user telling another.

One of the many people I helped with EFT was the proprietor of a New Age shop in my town. I walked in to his shop one day, full of the joys of spring, and she was suffering from a severe neck-ache from having sat on a hard stool all day long, on a rainy day in late autumn.

She put the SUD Level of intensity for her neck and back pain at an 8 to 9 out of 10.

We tapped one round. I didn’t even get as far as the 9 Gamut when she started to giggle, then laugh, and the pain had gone completely–a “one-minute wonder,” as it is called.

I expected her to jump off the stool and have me tell her all about EFT, but she insisted I had just made her laugh and cheered her up and didn’t want to hear at all about this new thing I was so excited about. She was patient, however, and even said that I could come in and do a demonstration at the shop on a busier Saturday weekend.

The demonstration was an amazing experience. I treated all sorts of people for all kinds of things, including virtually lifelong phobias, depression, and a fear of driving, and people were excited and delighted—apart from the shop owner, that is. She still wasn’t interested in EFT at all beyond mere politeness and humoring me in a friendly enough fashion.

Then a year later, I received a telephone call from that very shop owner.

It seems, about a week prior to the call she had woken in the night with sincere menstrual cramps and “it just occurred to her from nowhere to tap for them.” She did just one round of EFT and “they just disappeared into nowhere.” Apparently, she sat in the bed and could not believe what had happened, and also, all of a sudden could remember all the things I had said to her in my desperate efforts to convince her, and all the miraculous things she had witnessed with her own eyes at the time, yet somehow failed to take in.

I struggled with myself whilst listening to her and then asked her if it was okay to briefly scream down the phone, “I told you so!” to get that over with.

It is also a sign to me and a hope, that many other of the people who walk away from an introduction evening, a treatment session, or a friend showing them EFT over coffee and simply seem to forget what they saw, heard, and felt, will at one point or another remember, use the technique, and have their very own “Aha!” experience.

Lastly, for all those who are reading this, have tried EFT on themselves, and have not yet had one of these intense experiences that are truly like nothing on Earth, the end of my shopkeeper friend’s year of Apex Effect is a wonderful example as to how things can happen if you just keep at it.