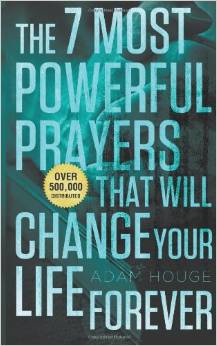 In this article, certified EFT practitioner Sherrie Rice Smith writes about uncovering the originating event behind a client’s recurrent bronchitis and resolving her hacking cough in the process.

“Cough, cough, cough” was my greeting recently when a client phoned me for a session. Frankly, Jessica sounded awful. She acknowledged she was on antibiotics and steroids for bronchitis.

I tossed out the question of whether she wanted to work on her bronchitis, as she had told me, “I get bronchitis every December.”

Her answer was “No, Mom is stressing me out, I want to work on that.”

“Okay, you are the client, let’s do it” is my approach. We tapped much of the session around anger and sadness, both of which were in the 8-10 SUD range, as she switched aspects here and there. Finally, I asked her where her still 4-5 SUD level on anger was being held in her body. Could I have asked the question sooner in the session? Yes, I could have, but apparently my intuition didn’t lead me there until later.

Jessica’s answer to the physical question was “my chest and throat.”

Listening to all this coughing, my thought was “Really?”

I asked her to tap, go back in her memory, and find me the earliest anger and sadness event where she felt it in her chest and throat. As always, it only took 15 to 30 seconds. “I was 12 years old and I was in a depression. My parents thought I was going crazy. I stayed in my room all the time. Finally, I wrote my mother a letter about how I felt. It was a help me letter.”

Her mom’s response was, “You’re trying to pass the buck. Take full responsibility.” Jessica’s memory of that event was “lack of support” and “hurt.” Her SUD level was a 6. We began tapping on that specific memory.

It was a good thing we were having a phone session because I nearly started laughing. Honestly, sometimes my nursing background holds me in good stead! Jessica started coughing–hacking, gagging, and she could barely repeat my words. It wasn’t because of the emotions she felt around the event, as with most people; it was because physically her respiratory symptoms had gone “crazy.” The throat and chest complaints flipped to “stabbing pain,” and the coughing and throat clearing continued unabated.

Finally, we completed the session in spite of all the increased secretion issues. We talked for a few minutes after the session, when I noticed Jessica hadn’t coughed one more time. All of the symptoms had totally stopped.

Another 10 minutes passed, as we scheduled our next session, etc., and still not one cough came out of Jessica. Remember, she had coughed and coughed throughout the session.

I couldn’t resist. I pointed out to her the lack of symptoms. She had noticed, she admitted. “I feel so much better suddenly. My chest has settled down immensely. I can actually breathe now. You know, I’ve had a cough for 30 years and the doctors have run every test in the book on me without ever finding anything wrong. When you started tapping, my sinuses cut loose with all that postnasal drip. They are clear now.”

My last question to Jessica was, “What month was your ‘depression’?”

She couldn’t recall, but I bet it was December and her body had encoded itself with all its cellular memory. I had intuitively asked the question at the onset of the session if she wanted to tap on her bronchitis and, lo and behold, as so often happens, the subconscious took her right back to where it wanted a memory cleared–the bronchitis.

I laugh to myself, with my crazy nursing sense of humor, that Jessica did all that “hacking” throughout the session, clearing what I call an “emotional hairball.”

Two days later I received an e-mail from Jessica, telling me, “I’m almost 100% better since our tapping session.”