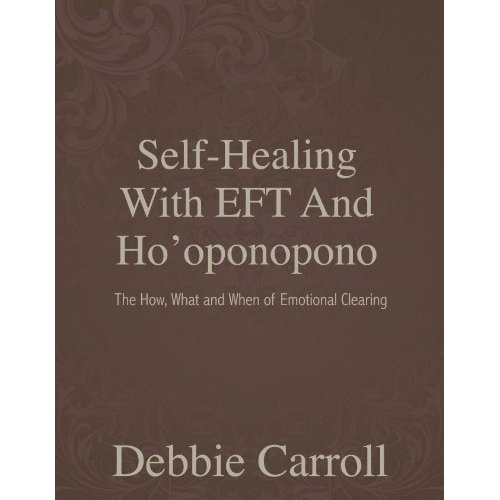 I just had an amazing session with a client who has struggled with a sense of worthlessness and feeling unlovable for a good part of her life. She had been quite overweight, and has lost a good deal of weight.

However, she still finds that she is judging herself and others in terms of body size.

To start out, I asked her what was this problem with other people, why their weight issues bother her. She replied, “Well, they’re unhealthy, and besides, I don’t like admitting it, but they are disgusting!” I had her enter this feeling of disgust, and intensify it.

Then we did a series of Tapping rounds on:

“Even though I have this feeling of disgust, I deeply and completely accept myself.”

“Even though I have this feeling of disgust and all it represents, I deeply and completely accept myself.”

She felt this disgust as a painful feeling in her gut. Using an advanced form of Matrix Reimprinting, I had her visualize a younger part of her that was represented by this feeling in her stomach.

She tuned into a younger, 4-year-old part of herself, who was feeling unlovable and unloved. We helped her recognize, have compassion and then transform these feelings. We found it was important for her to address both the disgust she felt toward others, and the more hidden disgust she felt for herself.

As a child, she had experienced a lot of shame, blame, criticism, and confusion. As we went deeper, she discovered that these energies were not hers, but other people’s energies that she had mistakenly absorbed.

Using some shamanic approaches, we helped her release this toxic energy, as well as all the reasons she had held onto this energy for so long.

She now reported feeling calm, but she also had a strong sense of being “far off.” She described the sensation as being as if she was at one end of a long street, looking down to the other end. To help clarify, I asked whether this felt like a numb, contracted feeling or more spatially feeling “far away.”

She confirmed that she wasn’t feeling constricted or numb, just “far away.”

To test our work, I asked her to try to bring up a sense of disgust for herself, to really try. She reported that she couldn’t really do that, it just didn’t feel there in the same way.

Next, I had her imagine standing in front of herself, when she was at her heaviest weight. I asked if there were some healing colors that she’d like to send and she decided to send this same warm, golden light to her “heavier self.”

Using some advanced EFT techniques, we helped heal and integrate this formerly rejected part of herself. Now, as she was finally able to feel a greater sense of acceptance, love, and compassion for herself, she leaned over and whispered to her larger-bodied self, “Love is all that matters, and I Love You!”

Finally, we did some integration work, using some Ho’oponopono. I asked Sarah how she was now feeling. “Great! I feel warm, relaxed, and really at ease. This has been amazing…Thank you!”

In our next few sessions, we will help her identify and clear any other events that have contributed to this irrational feeling of being unlovable, which has been a core belief. She already is reporting a greater sense of ease and well-being, with more love and acceptance of both herself and others.

How beautiful to be able to participate in such personal transformations!