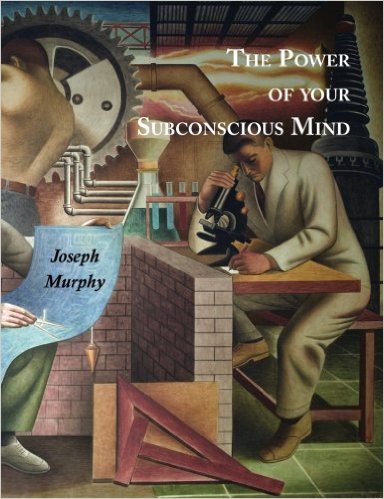 I am used to seeing miracles happen every day with EFT, and this particular example, is for me, still astounding.

I would like to tell you about Simon who I met at a local mind, body, and soul event. He was there to look for healthy diets and came to the stand I’d hired to promote EFT. This is his story.

In October 2004, at the age of 43, and having enjoyed good health throughout his life, Simon was diagnosed with kidney cancer and a secondary cancer in the spine. He was married with two primary-school children and worked as a teacher here in England.

At the time, he honestly thought it was a disc problem and that it would take a relatively minor operation and a few months’ convalescence. He was shocked as the diagnosis and forecasts just got worse and worse. He went from hospital doctors to see neurosurgeons, then to kidney specialists and finally to an oncologist.

Simon was told by yet another neurosurgeon that on a scale of 1 to 10 his cancer was a 7. And by the kidney specialist, that if he made an appointment for all the patients like Simon that he had seen throughout his entire career, only a handful would turn up after five years. He was also told that he could well lose the use of his legs or worse after the back operation and was quickly registered as disabled under the status of “not to be reviewed” by the doctors. Within three weeks of his diagnosis, even his insurance company paid him out in full as they deemed the condition so serious. Mentally, he was distraught with fear.

Simon had an operation in which a kidney was removed and also ended up with two four-inch steel pins in his back after his spinal operation on the secondary spread. The doctors told him that, with drugs, he might now slow down the process, but it was basically a matter of only a relatively short time, as it only takes a single cell to spread the disease elsewhere.

With somewhat unsure feelings about EFT and alternative therapies in general, Simon turned up for his appointment with me. The first thing he said was he hoped that EFT would “enable him to die like a man.” He couldn’t face the prospect of his wife and kids seeing his fear and remembering him that way afterward.

He told me how his own father had died of cancer when Simon was just 13 years old and how his mum had lied about it and sent him away in his dad’s final days and he never got to say goodbye. All of these were tapping issues.

My first reaction before anything else was to examine with him the assumption that just because an authority figure had told him that he was going to die, was it really set in stone or was it just the writing on their walls? We then tapped all over the above story, including that some doctors unwittingly help you on your way by adopting a terminal, no-hope attitude and this adversely affects the immune system so that the disease can, in fact, thrive. Once we’d tapped (including loads of humor thrown in) on unpicking what he’d been led to believe, he visibly calmed down.

Next I proposed that even the language we use when dealing with cancer or any serious disease is all connected to battle, fighting, or war against this or that. As our body reacts when in conflict situations, then perhaps we were also unwittingly doing an inside job on ourselves by seeing it as a stressful fight. Perhaps our body had presented this simply as a message to change something or let go of something and that by accepting it as such with love and gratitude, then once its job was done, it was okay for it to leave in peace. After all, our cells are intelligent and our body doesn’t ever intend to harm us.

We talked ‘n’ tapped all about his dad and his anger toward his mum over what had happened, and that he was forced to take on the role of the man of the house and be strong, earn money, and be his mum’s counselor.  Always he felt compelled to be competitive and needed to prove himself to the world.

We tapped on all that and a lot of other things, including his present-day feelings of being excluded and cheated of time in his present life. Time to him was so precious that he resented other people going about their daily lives trying to carry on a normal life whilst he felt his life clock rapidly ticking away. Again, we tapped it all to a 0. He saw a similarity in his situation and that of his father and got the message that it was time to let go of the past.

We talked about how he saw the cancer in his mind’s eye; he described it as a waxy lump like a candle on his kidney. So we tapped for it to burn like a candle does, with a gently comforting warm glow consuming the wax with a pure healing flame. He continued to use that visualization at home. Interestingly, he felt it become warm in that region. We also tapped to install a shoal of tiny surgeon fish who only ate fragments of wax that may have floated off elsewhere in the body and who could sniff it out anywhere in the body.

Near the end of the session, which is normally three hours for a first appointment so that we get a good start, I suggested we work on his gait. He was walking like Popeye the sailor man, as the spinal pins were affecting him.

Even though I’m walking like Popeye, I choose to walk my own walk.

Even though the pins feel alien, I choose to have them integrate as a natural part of my body.

Even though I stoop, I choose to walk tall like a man!

Even though the stitches are nipping and feel tight, I choose to have them feel like normal skin feels.

Physical changes often astound clients and I feel it certainly helps convince them that something tangible is taking place.

I also introduced Simon to Silvia Hartmann’s project sanctuary, and had him create a safe sanctuary so that he always had somewhere to escape to in his mind to experience relaxation and inner peace to aid in his recovery.

Simon returned home feeling much better and reported that he did not feel that same despair again. Apparently, he just walked into his house as he had for years prior to the illness and asked everyone about his or her day, helped in the kitchen, and was confident in his own mind that things would be all right.

On his only other EFT appointment, I could see a vast difference in Simon and (as many clients often do) he astounded me when he told me that within a week of using EFT, he was jogging again and building up his strength. I saw Simon for only four hours in total for EFT. We covered a huge amount of ground. He also continued to tap regularly on whatever pushed his buttons, and he no longer had any trouble sleeping soundly. He still taps today on whatever he needs to; it’s become a useful habit for him.

To the oncologist’s surprise, Simon was found to be all clear after the first cancer scan. The senior doctor asked him to be his patient as such happenings were so rare and he wanted to follow Simon’s case. Nearly two years later, he is still clear and the percentages of a likely relapse have fallen from 90% to 10%. He is much better able to handle any stress life now throws at him and recommends EFT to anybody, whether they are healthy or not. He taps on all kinds of stuff that comes up in his everyday life and is living proof of just what can be done with EFT.