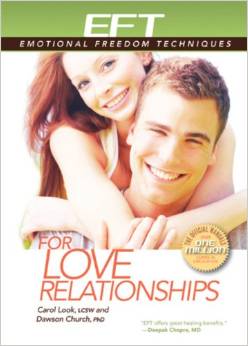 Certified EFT practitioner Nancy Morris and her client work through lots of different aspects that contribute to his erectile dysfunction. After clearing them all with EFT, her client recovered his passion and can once more enjoy a healthy sex life with his partner.

Before I start, it is important to know that I have “Steve’s” permission to write this case up. When Steve, who is in his 60’s, contacted me he said he’d had erectile dysfunction (ED) since 2002, that prior to that he had no problems with erections at all, that the ED came on gradually, and that he’d had a coronary bypass 5 years ago and was now on two statin drugs.

I asked many questions about what was going on in 2002 when the ED first occurred.  It was a very stressful time in his life for many personal reasons I won’t go into, and when ED struck, Steve’s partner (we’ll call her Karen) of many years was frustrated.  Even all these years later Steve’s intensity on a scale of 0-10 would go way up thinking about Karen’s reactions.  We used EFT to clear his reaction to her words of “What’s wrong with you?” until it was down to a zero.  Then we tackled his intensity about Karen’s accusation that he was cheating on her, which he had never even thought of in all their years together.  In addition we used EFT to clear any side-effects he might be having from his statin drugs.

During our next appointment I rechecked Steve’s intensity regarding Karen’s response to his ED; it was back up to a 5/6.  As we worked on the specific event again I stressed saying the words with Karen’s critical tone and focused on where exactly in his body he felt the intensity.  We cleared the different emotions he had about this… sadness, self-doubt, and finally anger at Karen.  In addition, new aspects came up for Steve about how he feels when he tries really hard and still disappoints.  This was a clue where to go next.

Our next appointment focused on his feeling “not good enough”.  When I asked him what this reminded him of he said his father had ridiculed him a lot.  We cleared several specific events from his childhood.  We also tapped directly on the ED symptoms and added many phrases asking his body to become strong and directing sexual energy toward his groin.

To summarize further sessions, I’ll say that we continued to work on specific events that Steve would remember where either his Dad or Karen had embarrassed or ridiculed him.  As we cleared these events, Steve noticed that his energy was increasing and he was feeling very good physically but still the ED remained a problem.   We would start each session with several specific Reversals, such as “Even though a part of me doesn’t feel safe getting hard, I love and accept myself and I want to reclaim my sexuality.”

Steve’s fear of failure and fear of rejection continued to come up as issues.  We tapped on specific events where he’d heard words like “That’s stupid” or “That’s ridiculous” until each event was reduced to a zero.   In addition Steve wanted EFT tapping homework which he was great about doing between sessions.  One of the tapping phrases I suggested was “Even though ED protected me by helping me get out of a stressful situation, it’s safe to let go of it now.”

Another very specific event came up which seemed very relevant because it occurred when Steve was a boy and he was awoken from a sound sleep by his parents arguing and his father accusing his mother of cheating, just as Karen had accused Steve.  As a boy, Steve was very afraid hearing the yelling, the anger, he knew the accusations were not true, but he was afraid for his Mom, afraid that his parents would break up, and he cried himself to sleep.  It took several rounds of EFT going through all the details and aspects to clear Steve’s reaction to this event and I rechecked to make sure it stayed at a zero.

During this time Steve noticed that his ED was becoming more intermittent.  He’d be able to have intercourse successfully one night but then not the next.  He also felt that his body was healthy and vibrant and capable, but he’d lost his ability to feel lust/sexual hunger.  Many times he’d mentioned that he’d had a “Puritanical upbringing” so we did specific work on messages he’d received as a young person that “sex is bad”, mostly because it was not mentioned and affection was not shown.

At our next session Steve was pleased to report that during this past week he and his loving partner had strong and vigorous sex 4 nights in a row.  And, on the 5th night when things didn’t quite come up to par (pun intended) he felt confident and relaxed pleasing her in other ways.  He felt his confidence was definitely returning and that lovemaking had become very playful again.  Just to cover all the bases, we tapped on having it be OK if there was ED, staying relaxed about it, knowing that occasionally it’s just a good excuse to make love in other ways.

What a joy to work with a person committed to healing their past and having a full and vibrant future.