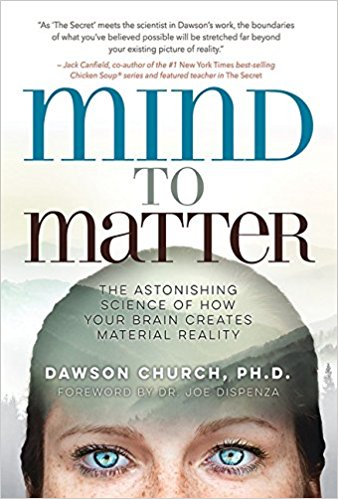 Maria-Elisa Graciet Hurtado relates this surprising case of relief from vitiligo, a skin condition considered chronic, and shows the importance of reviewing events with emotional impact that happened when this condition started.

Pascale asked me for a phone consultation, because she lives 1,000 kilometers from where I live.

She got some white spots on her face three months before, and after many visits for control, she was diagnosed with vitiligo and with little hope of healing.

She was a young woman and to see herself with these spots on her face was a real trauma. Because she didn’t know EFT, I proposed to send her a chart with the tapping points and give her an appointment for the following week.

We began with the emotions she felt when she saw her face full of spots. She couldn’t show herself to people, at work, with her parents, in the street, etc. When the emotion came down a little bit, I asked her what had happened three or four months before. At the beginning she didn’t know, she couldn’t imagine anything. I insisted, and asked her if there had been any important changes in her life. (Sometimes it’s necessary to insist, because even though it is conscious, it appears as if we can’t see our own problem).

And here, the core issue came out. Four months earlier, her husband had been incarcerated. The news caught her by surprise, because she didn’t know what her husband was doing, and she felt so embarrassed that she couldn’t even think of talking about it with anybody. She was hiding it at work, from her family, and from her 3-year-old daughter.

We began doing several rounds on all the emotions she had felt at the moment she got the news. We looked for the moment where the emotion was more intense and did the Movie Technique.

When we verified that this was clear of emotions, we continued with the possibility of talking about it to the people closest to her. Here she needed to re-focus and understand that everybody can make a mistake in life and that her husband was repairing his shortcomings.  This helped her to de-dramatize the situation.

And this was the end of the first session.

When I asked her how she was doing, with a lot of joy she told me that her spots were disappearing little by little. She had managed to talk about it with her father and with a coworker, but it was still very difficult to accept it completely. In some way she was feeling tainted.

And it was that sensation of feeling dirty that her skin was counteracting and cleansing, and where precisely? On the face.

To be conscious of this helped her a lot and she understood that her body was on her side and that it only wanted to help her in its own way. We continued cleaning all these emotions, but the one thing that was impossible for her to do was to tell her little daughter.

When they went to visit the father in jail, she would tell her that they were going to his job, and that her dad had too much work and he couldn’t leave. The girl didn’t say anything. She felt that it wasn’t the moment to talk about this topic and she decided to leave it for the next time.

We ended the session insisting over the fear that “it won’t totally heal—my skin won’t be as it was before” (even though the spots were disappearing, the skin was dry and different: it was scarring).

Coincidently, I traveled to the city where she lives and this time we met in person.

I then discovered that Pascale was a young and pretty woman. There was only one little spot left on her cheek, and another even smaller by her eyebrow that could barely be seen. I asked her about the spot on her cheek, and she replied that her daughter likes to kiss her spot.

We looked at each other and I understood that she knew what she had to do.

We continued freeing the emotions and the fear of talking about it. She understood that perhaps her daughter would prefer to hear the truth directly from her mother. But it was still difficult to bring it up.

After many rounds, in which she imagined telling her, she decided to tell her 15 days later, as they were going on vacation. And that’s the way it happens. It appeared that the child was not surprised at all. What do you think? Did she already know?

Session 4 (by phone, 3 months after the first session)

The spot on the cheek had completely disappeared by now and only a little spot remained at the side of the eyebrow. It was so small that nobody could see it except her. We worked on this obsession and all the fears that were hidden in the background.

“Fear that it has not healed completely and that it would spread out.”

“Fear that the whole world could see her spots.”

As if by coincidence, she crossed paths with a young man that also had a large spot at the side of the eyebrow. We worked over all the emotions she felt when she saw him. He was her reflection…

She could not look at him. “Everybody could see him.” “These spots attracted a lot of attention.” And also the doubt: “How is it possible that something so simple as EFT could have healed me?”

I helped her to understand that she had done it by herself, thanks to this problem and to EFT, and she recognized that, after all, she has had a life-fulfilling experience.

I know that her husband has been released from jail, and that she is expecting a second baby.

She says that she still has that little spot on her face, as if it were a souvenir of that story, but it seems that it doesn’t bother her anymore.

Today I would like to give thanks for the lesson in integrity and courage.