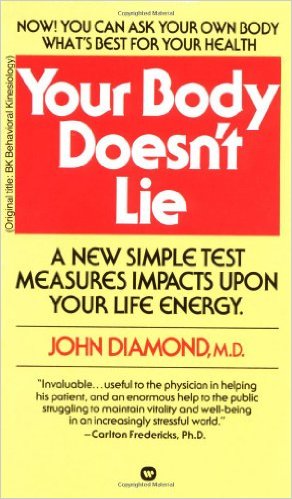 Tom is a man in his 50s who contacted me to tackle an item on his Peace Procedure list that he had been wanting to address for a long time. He was obviously familiar with EFT, but the intensity of the memories kept him from trying to clear the issue by himself. Before asking him what was bothering him so much, ample time was reserved to connect with Tom and help make him feel comfortable by smiling, keeping optimal eye contact, and repeating his own words so he would feel heard.

Tom told me he’d had a long hospital stay in 2016 and that this memory was highly upsetting. As he was talking about the context, I noticed intensity rising on his face. I invited him to tap as he was talking (Talk & Tap technique). Because the intensity kept rising, I asked him to pause and we did a few sequences of the Basic Recipe to take the edge off.

We used the Setup Statement “Even though I was in the hospital in 2016, I deeply and completely accept myself” and used as reminder the word “hospital” to keep some focus without being too triggering. His SUD level dropped from 9 to 0/1 and he was now able to talk about the context without distress.

There had been several upsetting moments during this hospital stay, so I asked Tom to identify the moment that stood out with the highest intensity in the whole period. He found a specific event: After having been sent away from his GP doctor with antibiotics and then from a local hospital and a big hospital in Glasgow, saying he had a skin infection and it wasn’t their domain, Tom finally turned to a Teaching Hospital. There he felt the emergency doctor wasn’t understanding how bad he was and that this doctor was going to send him away too. He had literally to beg not to be sent away.

We used the Tell the Story Technique, the workhorse technique of EFT, as its founder calls it. The title chosen by the client for this event was “Begging.” It had a SUD level of 9 for him.

As Tom started to be very emotional after saying the Setup Statement “Even though I have this Begging story playing, I deeply and completely accept myself” just once, I had him start the sequence immediately and asked him to take one deep breath per tapping point. His SUD dropped to a 3-4.

I then started the Basic Recipe again with three repetitions of the same Setup Statement and Reminder Phrase “this Begging story.” After that, his SUD level on the title was 0.

I then asked him to identify a neutral point in the story to which we could go back. He chose a wording for it: “standing at the desk.” That was the moment where he thought a solution was coming soon in the Teaching Hospital, after having been dismissed several times.

We did a round of the Basic Recipe on the neutral point to clear any hidden discomfort. Then I asked Tom to start telling the story and pause at any rise of discomfort he felt. His first emotional crescendo was when a doctor with a blue outfit appeared and asked Tom to enter a room. He asked him what was wrong. Tom was amazed as his skin was almost blue, obviously. The doctor looked at the papers from the previous doctors and Tom got the feeling that this doctor too, was going to send him away. The SUD level for this “fear of being sent away” crescendo was 7.

I explained that with the Floor to Ceiling Eye Roll technique, we could try to bring the SUD level even further down. Indeed, it dropped to 0.

I then asked Tom to go back to the neutral point and start telling the story again from the neutral point on, always with particular attention to any rise in intensity. His second emotional crescendo was when he said to the doctor, “Please don’t send me away. I am really not well.” He tagged that moment “begging” and it had a SUD level of 9.

There were two identified aspects to it: “The look on the doctor’s face,” which is a sensory aspect; and a sensation that his energy was drained as he said, “please,” which is a bodily sensation.

Tom then went back to the neutral point and told the story again till he reached the third and last crescendo of this specific event: when a nurse came to get him to bring him to a bed and asked him if he could walk. He had to say that he first needed to go to the toilet because all the time he had also been suffering from acute diarrhea due to the prescribed antibiotics. He felt like he was literally dissolving (a bodily sensation aspect) and very vulnerable (emotional reaction aspect). His SUD for the last crescendo was a 3.

We did a round of the Basic Recipe with the Setup Statement “Even though the nurse asked ‘Can you walk?’…” and Reminder Phrases “the nurse asked can you walk, feeling vulnerable, dissolving.” The SUD level dropped to 0. Tom had a marked feeling of relief

To test the progress thoroughly, I used the vivid imagination method, asking Tom to run the event again vividly in his mind’s eye while closing his eyes and to try to make himself upset by intensifying colors, sounds, emotions, and so on. The SUD remained at a 0. I asked him what his intensity was on the story called “Begging” and it was still a 0.

Tom said he could even see the funny side of the situation. Because there were still other specific events in this long hospital stay, we sneaked away by tapping on the fact that he was now safe, had done a great job today, and there was plenty of time and possibility to work further on this issue and bring total relief again (introducing a bit of preframing).

Later, Tom wrote: “Thank you so much for today’s session. I have been wanting to work on this topic for ages and I felt a huge amount of relief after our tapping session. The detail we got into was incredibly helpful to release a lot of trapped emotion!”

We agreed to work in our next sessions on the subsequent distressing and traumatizing specific events that occurred during this long hospital stay until the whole traumatic memory was cleared.