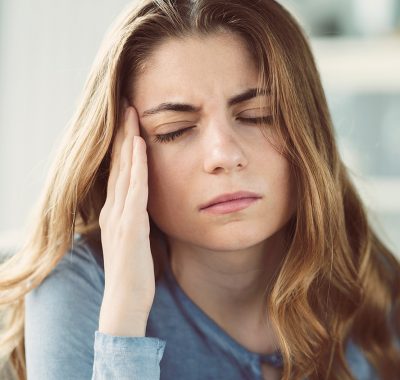 In this healing EFT article by Carmen Harris, she describes how she worked with a student to clear all the aspects involved in her chronic headaches, which she had been afflicted with for seven years.

Agnese was a language student of ours. During the time she spent with us, she took medication every day and explained that it was for bad headaches that she had been experiencing since the age of 12, seven years ago.

The doctors were baffled and didn’t know what caused them.

The most the medical profession could offer was pain relief. At the time, I didn’t know anything about EFT and all I could do was sympathize with her situation.

Six months later, I had since learned EFT and our family visited Italy and spent some time at Agnese’s home in Abruzzo.

In combination with Therapeutic Touch, I have had many, many successes using EFT (EFT is without doubt the most amazing tool that should be in everyone’s first aid kit) for a whole range of ailments and conditions, but the story that follows was my first overseas success.

I was reminded of Agnese’s problem when her family took us on a nighttime outing to a Sagra (festival) in the town of Arsita.

We were looking for lost members of our party and I saw Agnese slumped beside a fountain, wincing and frowning. I asked her what was wrong. She said, “Oh, it’s nothing, just a headache,” and I suddenly realized that I could do something for her.

In the middle of this carnival of fairy lights and music and hundreds of revelers and dancers, I asked her to stand still whilst I tapped her. She looked a bit perplexed but was willing enough. We almost became a Sagra attraction in ourselves, as people’s attention diverted to the rather strange thing we were doing.

Even though I have this headache, I deeply and completely accept myself, and I choose to let go the tension and just relax.

After only one round, Agnese casually remarked that the headache had gone. I could see that her rational mind had downplayed what had happened: the novelty of the tapping had “obviously” distracted the pain into momentarily easing.

The next day, however, with her permission, I set to work. Whilst tapping the Karate Chop point, I began by asking Agnese whether she had any idea why the headaches were occurring. What was happening in her life at the time they first started? As is often the case, our deeper selves already hold the answers, and Agnese immediately told me that around the time in question, she had been an overweight child, felt unhappy with herself, and hadn’t been able to share her deep feelings with anyone.

So we tapped on this issue, and during one of the rounds, she focused on self-love and acceptance.

Though the headache (she had one to begin with) went away within minutes, I suspected there might be other aspects involved. So the next time we met, I again asked her whether she thought there might be another connecting issue. Agnese remembered an occasion when she had an argument with her parents.

This was obviously significant because the memory came with very little prompting, and she automatically linked it to the period when the headaches started. Being an only child, Agnese had felt lonely, isolated, and angry after the argument. So we tapped on “this isolation,” “this anger,” and she chose to forgive both her parents and herself for the incident.

The next occasion we met, we tapped on the first time Agnese had to wear glasses, and how this felt.

As I suspected, being forced to wear glasses had only compounded the weight issue and feelings of being different. We tapped on the sadness that this evoked and chose peace and self-confidence. On each of the occasions that we met for tapping, I also combined the session with some therapeutic healing on Agnese’s forehead and temples, the usual sites of her headaches.

From that first day, and over the course of that week, while uncovering different aspects of her issue, Agnese was headache-free.

After a wonderful holiday, our family left Italy and returned to the UK, but not before I demonstrated to Agnese how to tap on everyday stresses to keep those more “normal” and inevitable headaches at bay.

About six weeks later, I received an email from Agnese that had a postscript tagged at the end:

P.S. You know what??? My head is getting better, I don’t feel pain, I mean, it happens very rarely! Thanks!